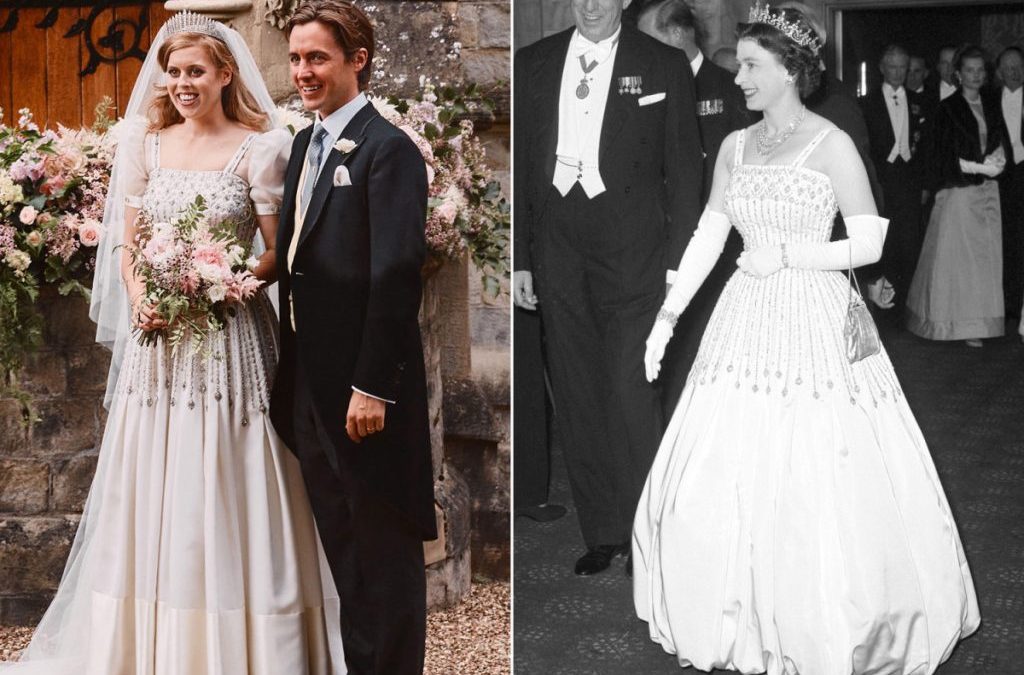 The wedding of Edoardo Mapelli Mozzi and Beatrice of York was highly expected. They were to marry last May with a grand wedding, but following the pandemic they had to postpone. The two fiancés, however, did not want to wait for 2021 and so they married in secret on July 17, 2020, renouncing large parties and celebrations. 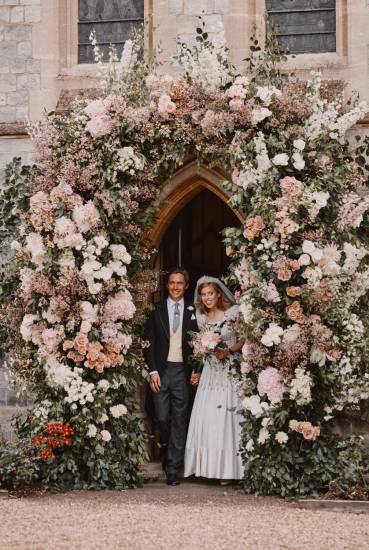 Intimate and reserved wedding, very few guests, only the closest relatives and some close friends. There was certainly no lack of affection from the royal family. The ceremony took place in the All Saints Chapel in Windsor Great Park, following government guidelines.

Elegant and refined floral arrangement, princely and almost fairytale. A composition in height, to embellish the entrance of the chapel, as if to simulate a pleasant place, a secret garden. A riot of white, pastel pink and powder pink flowers, like the bride’s bouquet.

Among the few guests of the wedding, Queen Elizabeth II, who gave her granddaughter a very precious gift, also and above all for her symbolic and sentimental meaning. Indeed, Princess Beatrice wore a dress that belonged to her grandmother and was worn by her once in 1961 and another in 1967. A gesture of affection, which demonstrates the special bond and complicity between the two.

The dress – white and covered with pearl embroidery – therefore, does not bear the signature of any luxury designer, but is a creation of the designer Norman Hartnell revisited and modified for the occasion by the seamstress of the sovereign. The bride then chose to wear the bright and radiant Queen Mary’s Finge Tiara. Beatrice in the official photos appears elegant, refined, genuine and very excited. 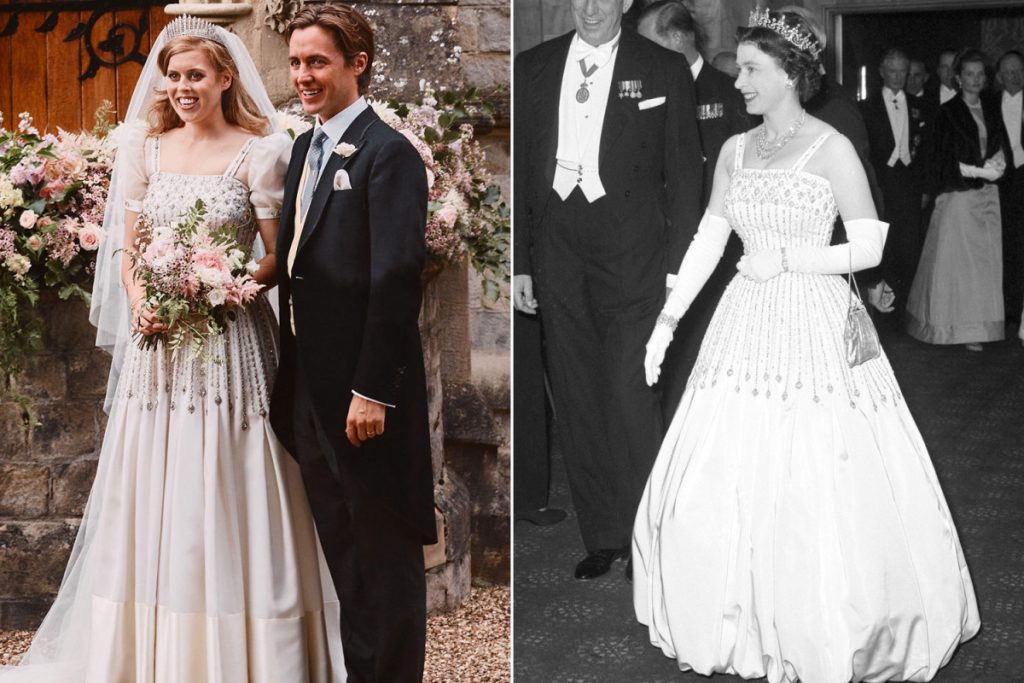 Beatrice’s was the first royal wedding behind closed doors in the past 235 years. The wedding united three royal generations: Princess Beatrice became the stepmother of Edo’s son, Wolfie, four years old, who was the page boy, while Beatrice’s sister, Eugenie, was the bridesmaid. After the ceremony, a small party was held at the Royal Lodge, organized by the bride’s parents.

The luxury of simplicity, the enhancement of important ties, traditions and the authentic affection between grandmother and granddaughter. An intimate party, without too many pomp and glories. True love and the beauty of deep feelings, even in a real and royal wedding in all respects!

Call to make an appointment